“He makes you listen to music as if you are discovering it Eureka!-style: yes, that’s what the composer must have meant.” (Financial Times)

Highlights of Bavouzet’s 2019/20 season include the London Philharmonic Orchestra, Orchestre National de France, Budapest Festival Orchestra, a tour of the UK with the Iceland Symphony under Yan Pascal Tortelier and he performs all of the Beethoven piano concerti with the Orchestre National de Lyon. He will also return to Toronto and Seattle symphonies, Royal Scottish National Orchestra and embarks on a tour of Australia to include Sydney, Melbourne and Adelaide Symphony Orchestras.

Bavouzet will play/direct two Beethoven programmes with both the Swedish Chamber Orchestra and Orquestra Sinfônica do Estado de São Paulo.  As part of the Post Classical Ensemble’s Haydn Festival in Washington DC, Bavouzet will be presented in recital and concerto and will also give recitals at the Maestro Foundation in Santa Monica and Moscow International Performing Arts Center.

Recent performances include New York’s Lincoln Center with the London Philharmonic, the Philharmonie de Paris with Orchestre Philharmonique de Monte-Carlo, BBC Proms with the BBC Philharmonic Orchestra and Nicholas Collon, and Les Siécles and François-Xavier Roth. In summer 2019 he appeared at the Verbier festival, collaborating with artists such as Daniel Hope and Thomas Hampson, and the Ravello festival where he play/directed the Cherubini Orchestra.

Bavouzet records exclusively for Chandos and his recording of Grieg’s Piano Concerto with Bergen Philharmonic under Edward Gardner was nominated for a Gramophone Award. Ongoing cycles include a five year project to perform and record the complete Mozart Piano Concertos with the Manchester Camerata and Gábor Takács-Nagy as well as the complete Haydn Piano Sonatas. His complete Prokofiev Piano Concertos with BBC Philharmonic and Gianandrea Noseda won the Concerto category of the 2014 Gramophone Awards.

Other recordings include Bartók’s Piano Concerto’s with the BBC Philharmonic and Noseda, and Stravinsky’s Complete Works for Piano and Orchestra with Orquestra Sinfônica do Estado de São Paulo under Yan-Pascal Tortelier. Also with Tortelier, Bavouzet’s recording of the Ravel Piano concertos with the BBC Symphony Orchestra won both a Gramophone and BBC magazine award. Bavouzet’s recordings have garnered other Gramophone Awards and BBC Music Magazine Awards, a Diapason d’Or and Choc de l’année.

Bavouzet has worked closely with Pierre Boulez, Karlheinz Stockhausen, György Kurtág, Maurice Ohana and Bruno Mantovani and is also a champion of lesser-known French music, notably that of Gabriel Pierné and Albéric Magnard. He is the International Chair in Piano at the Royal Northern College of Music. In 2012 he was ICMA Artist of the Year and in 2008, he was awarded Beijing’s first ever Elite Prize for his Beethoven complete sonata series. 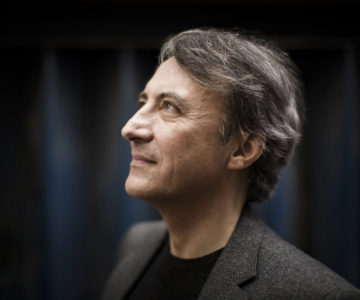 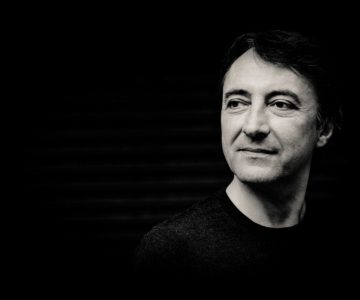 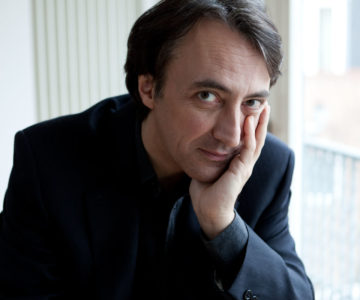 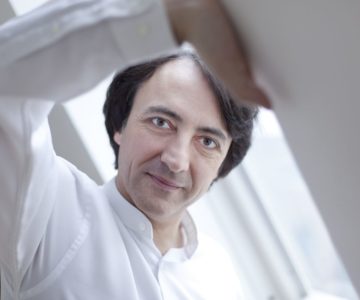 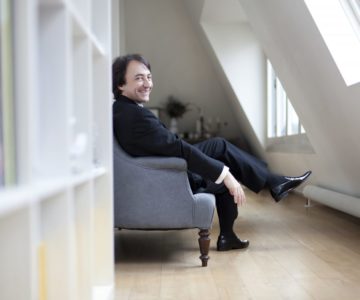 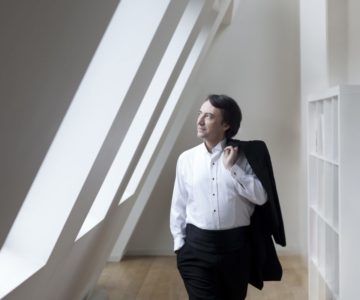 A BEETHOVEN A DAY: HE CALLED IT PATHETIC 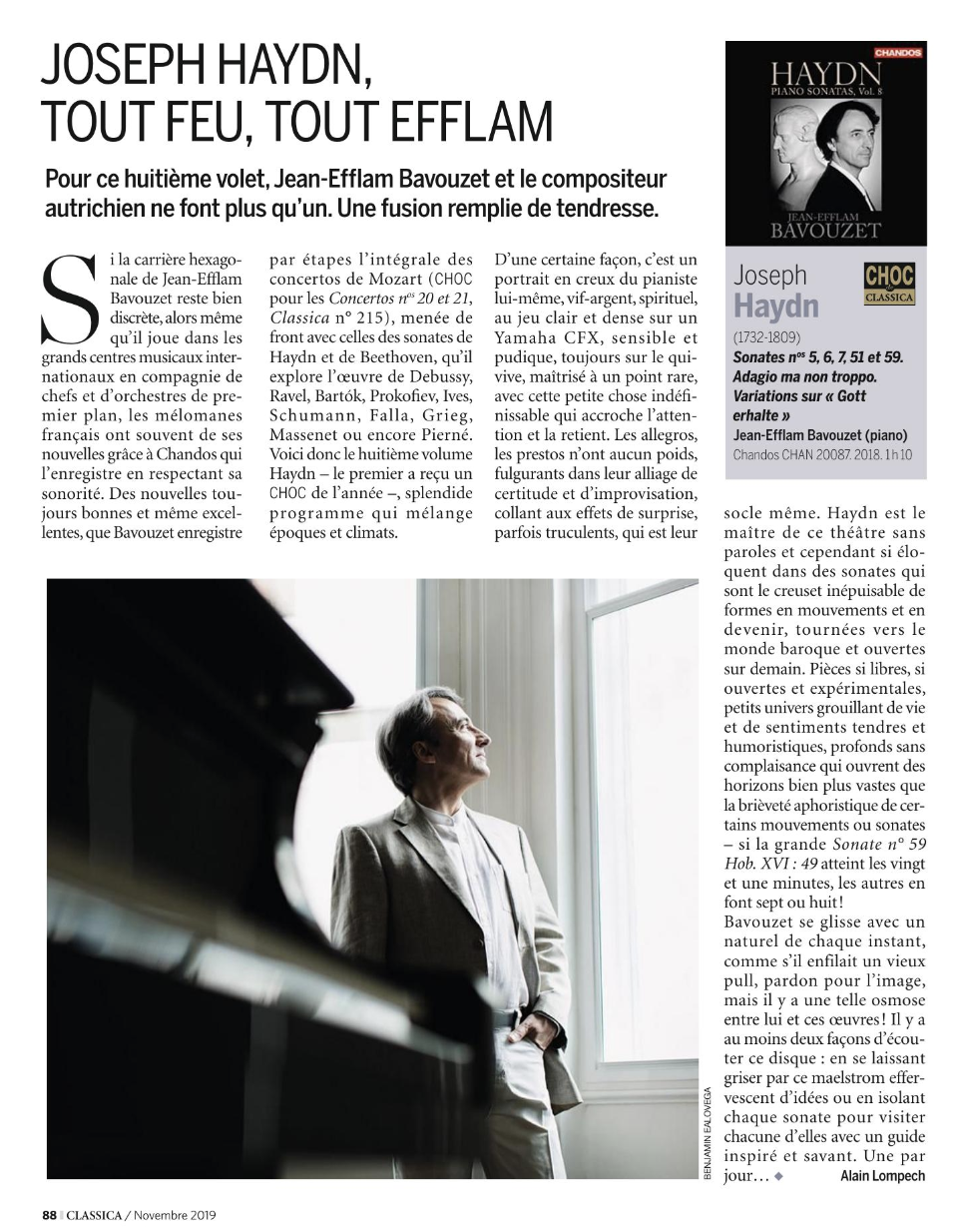 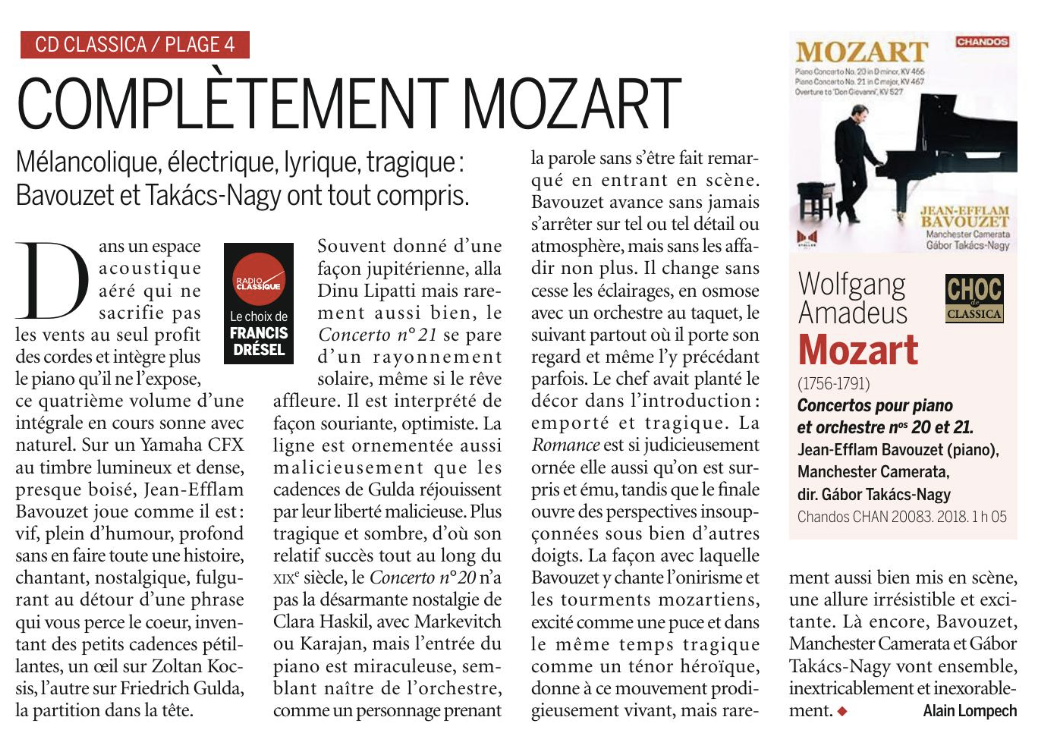 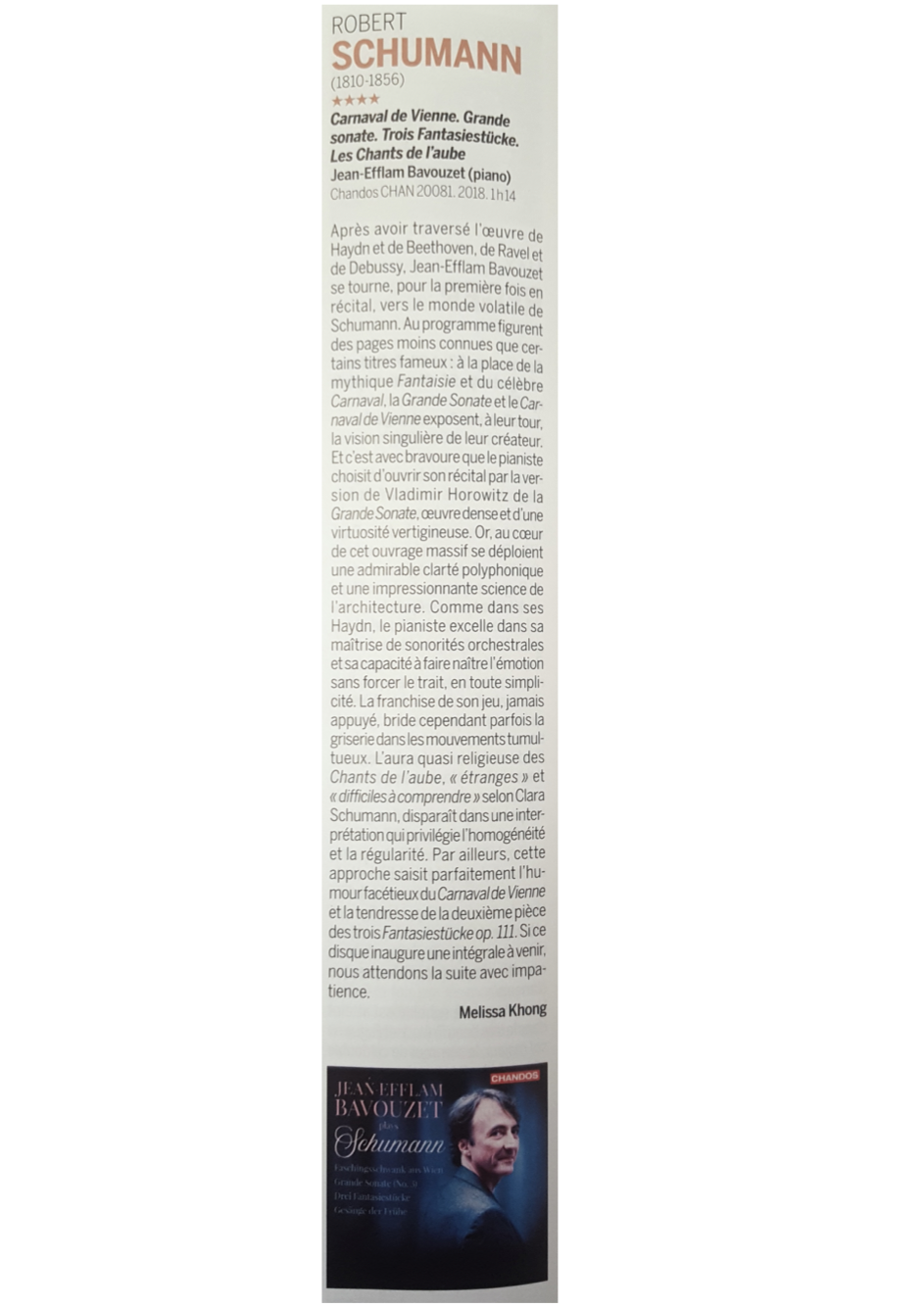 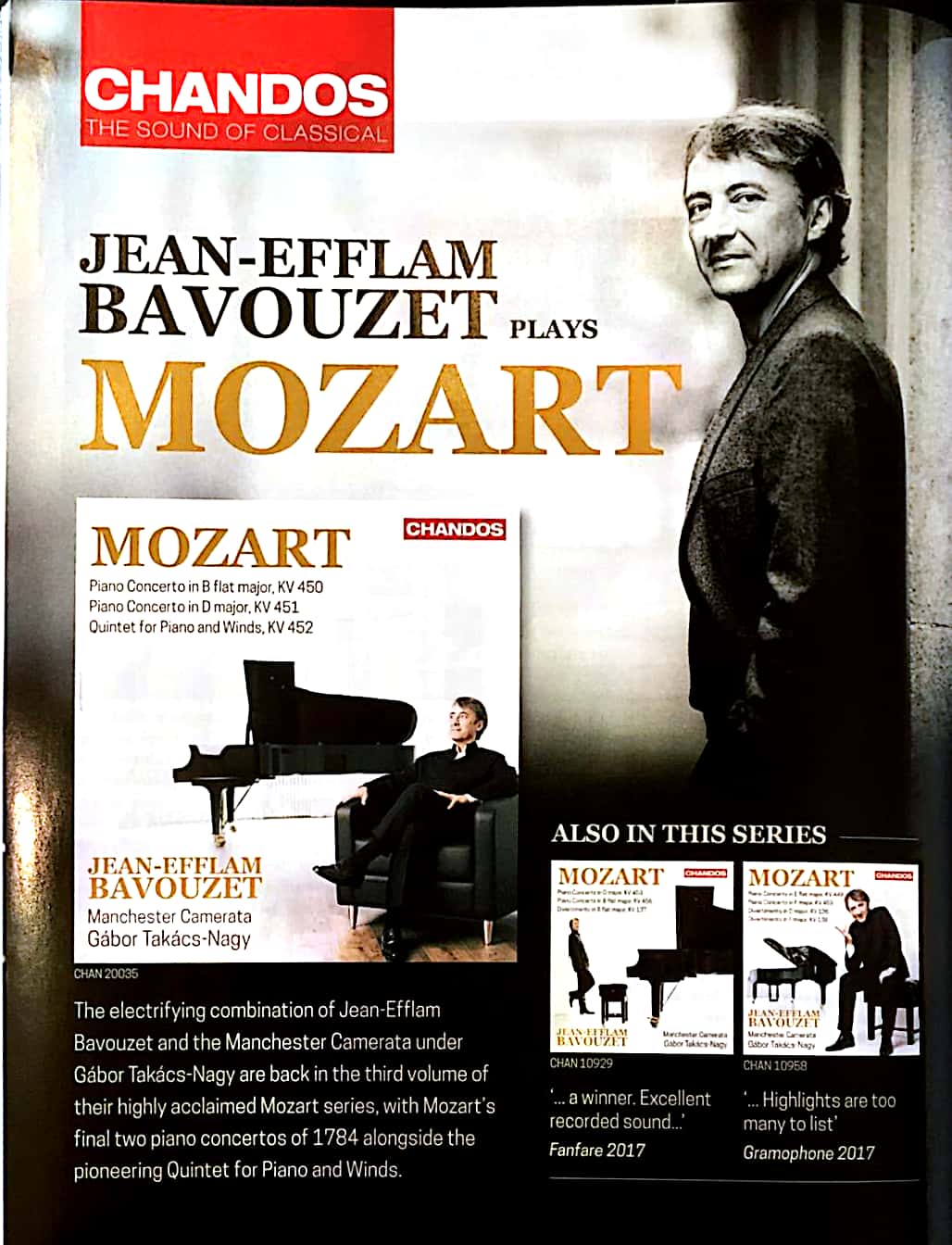 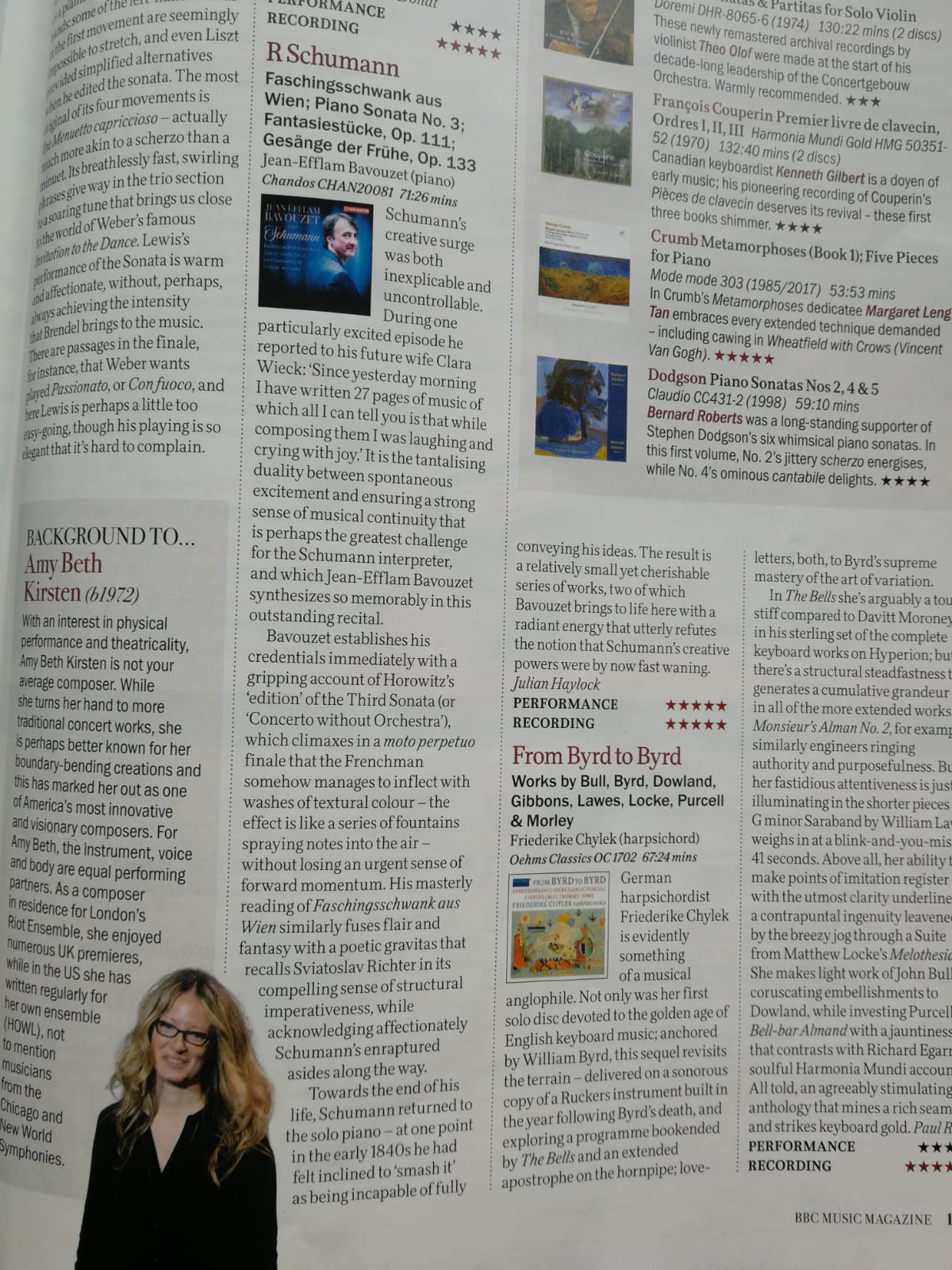 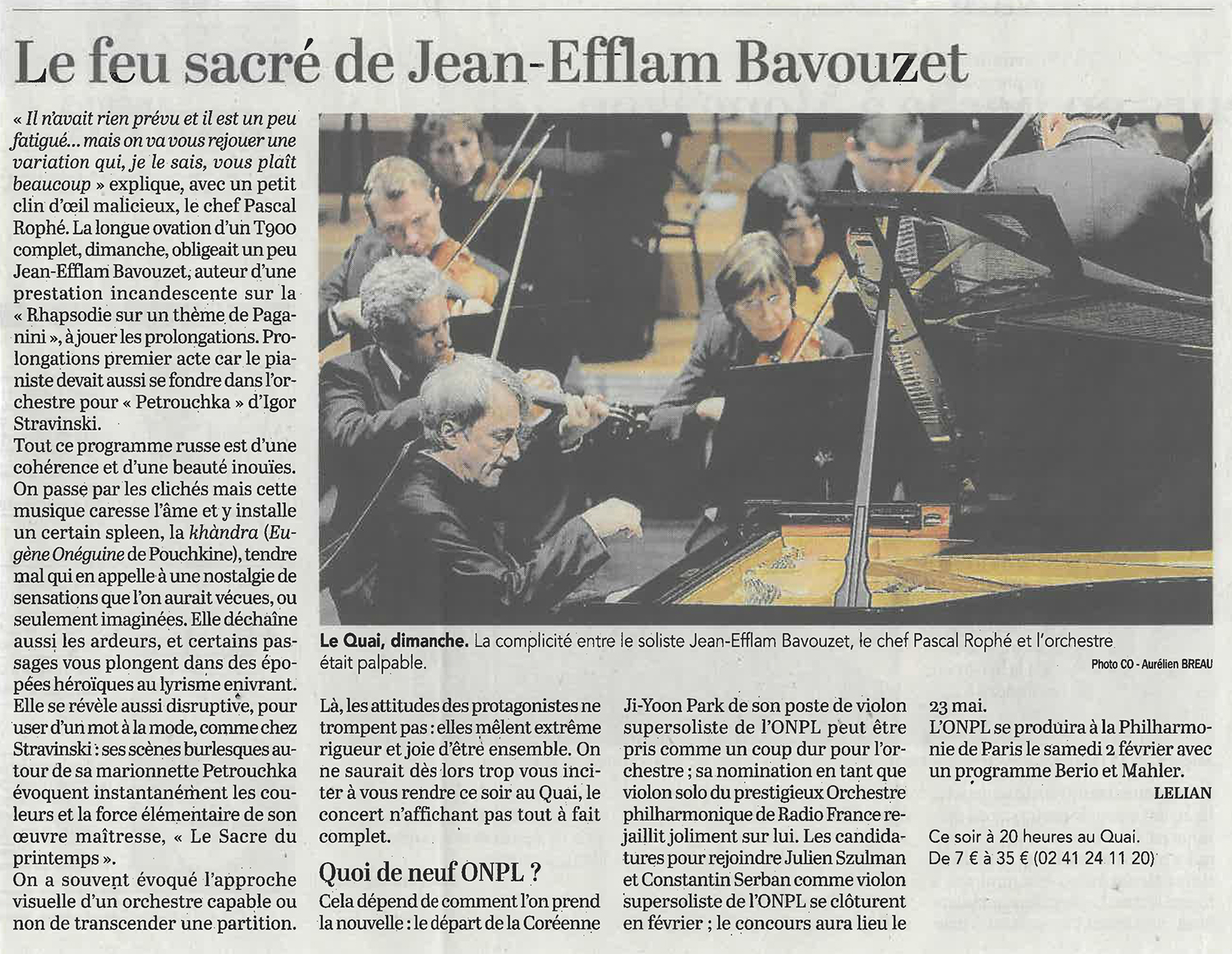