“The members of the Janoska Ensemble are wonderful musicians and I have always loved hearing them perform live.” - Anna Netrebko, soprano

“The Janoska Ensemble is one of the most original groups of extremely talented musicians, who are very unique in performing classical music, jazz, Latin and other genres. Their inspiration is inexhaustible and they deserve
everyone’s attention and enthusiasm.” - Lalo Schifrin, Hollywood composer

An exciting and adventurous journey to the final frontiers where no musician has gone before … New directions in music are currently trending under imaginative names, fusion and crossover categories are constantly expanding. But the classically trained Janoska Ensemble crosses all boundaries with its polyglot musical language. Its debut CD, which climbed to gold within a few months, bears the apt title “Janoska Style” (Deutsche Grammophon 2016). Summing up the special quality of the Janoska arrangements in a few words is no easy task: they are parallel incursions into classical territory and into far distant realms of musical repertoire, in which the musicians exercise their spontaneous creativity to fashion first-class, innovative, thrilling music that lives and breathes. These incomparably audience-friendly transformations are the work of three brothers from Bratislava – Ondrej and Roman Janoska playing violins and František Janoska at the piano – together with their Konstanz-born brother-in-law Julius Darvas on double-bass. One thing the two families have in common is their active tradition of musicianship. The Janoskas have been making music for six generations, Julius Darvas builds on three generations and more of double bass playing. Another quality shared by the ensemble’s members is a first-rate classical education and prizewinning solo achievement.

Selectively enriching their programs, often with evocative titles, compositions of their own serve as emotional visiting-cards that shed a revealing light on the personalities of these outstanding artists. In their own individual styles, the four musicians join in expressing their love of improvisation with enthusiastic abandon and consummate virtuosity and are rewarded for their achievement at live performances on four continents to date with rapturous applause from a discerning audience. The Janoska Ensemble is – in pop jargon – a “live band”. The emotional intelligence and subtle humour of the artists’ interaction with their audience and their masterfully staged play on familiar melodies and surprise effects in the musical numbers they have newly created can be relied upon to stir listeners from their seats, who almost invariably, at the end of the concert, show their appreciation in enthusiastic standing ovations.
Their Janoska Style, their never merely superficial virtuosity and their ability to engage with one another and their audience in quick-fire musical dialogue have brought the artists invitations from big-name stage personalities such as Anna Netrebko, Al Jarreau, Bobby McFerrin, Juan Diego Florez, Brian McKnight, Julian Rachlin, Randy Newman, Bireli Lagrene and Lalo Schifrin.

The Janoska Ensemble transmits an inexhaustible passion for making music, despite their full calendar of engagements and tours, and the four musicians are constantly working on new programmes and projects. Their unique “Janoska Style” forms the basis for all that is yet to come, representing the seal of approval for one of the most thrilling and universal music ensembles of the present day. 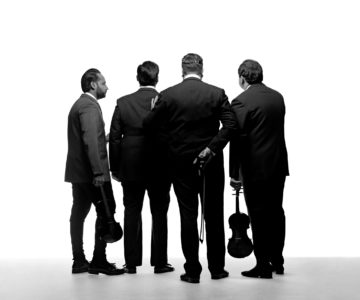 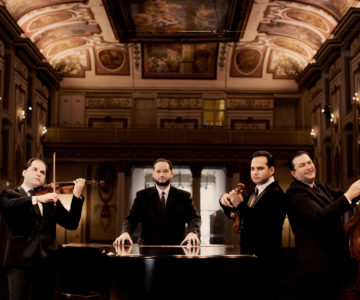 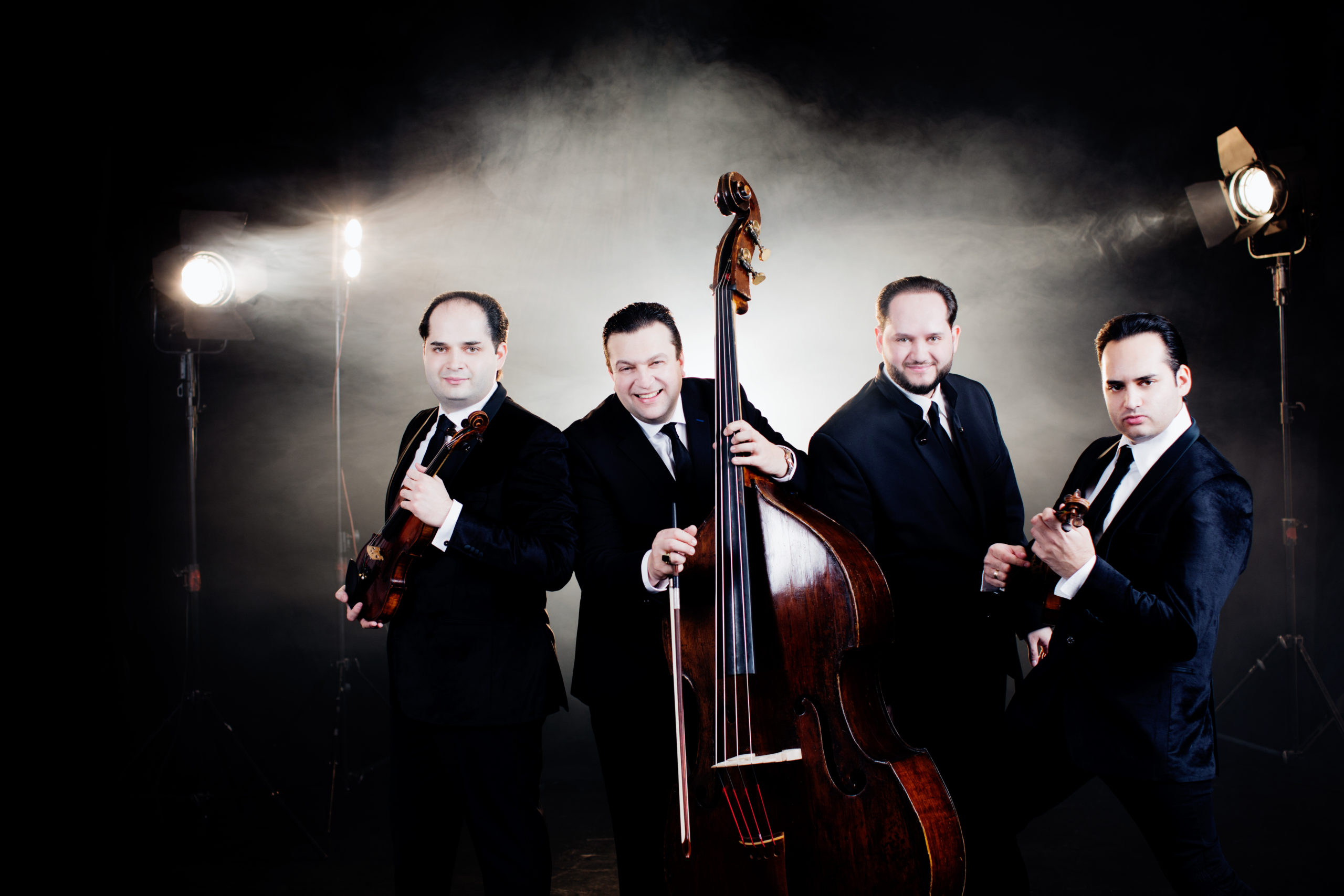 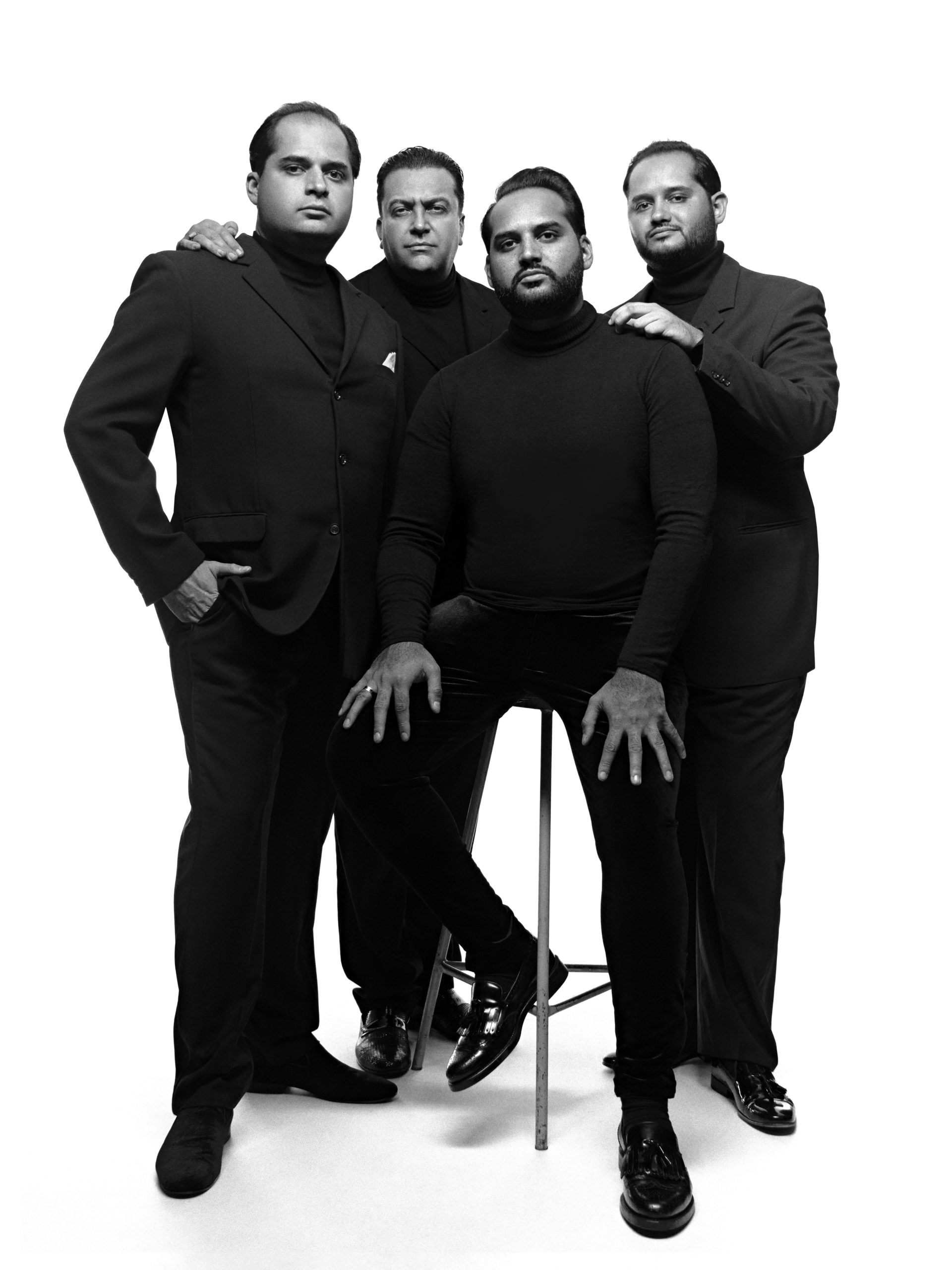