“A Formidable Musician, Able To Draw On Huge Reserves Of Stamina And The Unflinching Equal Of Anything Thrown At Her” (Gramophone)

Sayaka Shoji has become internationally recognised for her unique artistic versatility and detailed approach to her chosen repertoire.. Her remarkable insight into musical languages comes from her mix of European and Japanese backgrounds. Born in Tokyo, Shoji moved to Siena, Italy when she was three. She studied at Accademia Musicale Chigiana and Cologne’s Musikhochschule and made her European debut with Lucerne Festival Strings and Rudolf Baumgartner at the Lucerne Festival and then at the Musikverein, Vienna at the age of fourteen.

Recent highlights include successful debuts at the BBC Proms with the Royal Philharmonic Orchestra/Vasily Petrenko and the Blossom Festival with the Cleveland Orchestra, an exciting jump-in of five concerts for the opening of the 22/23 season with the Israel Philharmonic/Lahav Shani, a recital tour with Víkingur Ólafsson, a UK tour with Philharmonia Orchestra/Ashkenazy, as well as Bernstein’s 100th gala at Vienna Musikverein with Tonkünstler-Orchester/Sado which was recorded and released by Tonkünstler label.

In the upcoming seasons, Shoji will focus on various projects with her duo partner, Gianluca Cascioli on tour in Japan, and a collaboration with dancer/choreographer Saburo Teshigawara performing Bach and Bartok’s solo works at the Philharmonie de Paris. She will also appear with the Philharmonia/Matias-Rouvali, on tour in Italy and the UK, Atlanta Symphony Orchestra/Chang, Brussels Philharmonic/Ono, and make a return to NHK Symphony Orchestra/Noseda.

Alongside her usual concert activities, Shoji has created an experimental visual-music project, ‘Synesthesia’ in 2007, and exposed oil-paintings and video-art works. Her first video work (Shostakovich Prelude coll. with P.Frament) was chosen in a group exposition “Au-delà  de mes rêves” in 2014 among the most renown artists such as Y.Kusama, S.Calle, R.Longo. Shoji has also collaborated with Tadao Ando, Hiroshi Sugimoto, and Saburo Teshigawara in numerous occasions.

A prolific recording artist, Shoji has released eleven albums on Deutsche Grammophon including Prokofiev, Sibelius and Beethoven Violin Concertos with the St Petersburg Philharmonic Orchestra conducted by Yuri Temirkanov. Shoji’s previous recordings include a recital album with Menahem Presseler, and now due to her continuing collaboration with Gianluca Cascioli, autumn 2022 will mark the release of a new album of Mozart’s violin sonatas, following her previous album of complete Beethoven Sonatas for Piano and Violin.

Shoji won the Mainichi Art Award in 2016, one of Japan’s most prestigious awards, presented to those who have had a significant influence on the arts. In 2012, she was named one of “The 100 Most Influential People for Japan in future” by Nikkei Business. 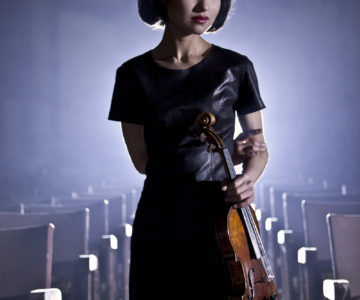 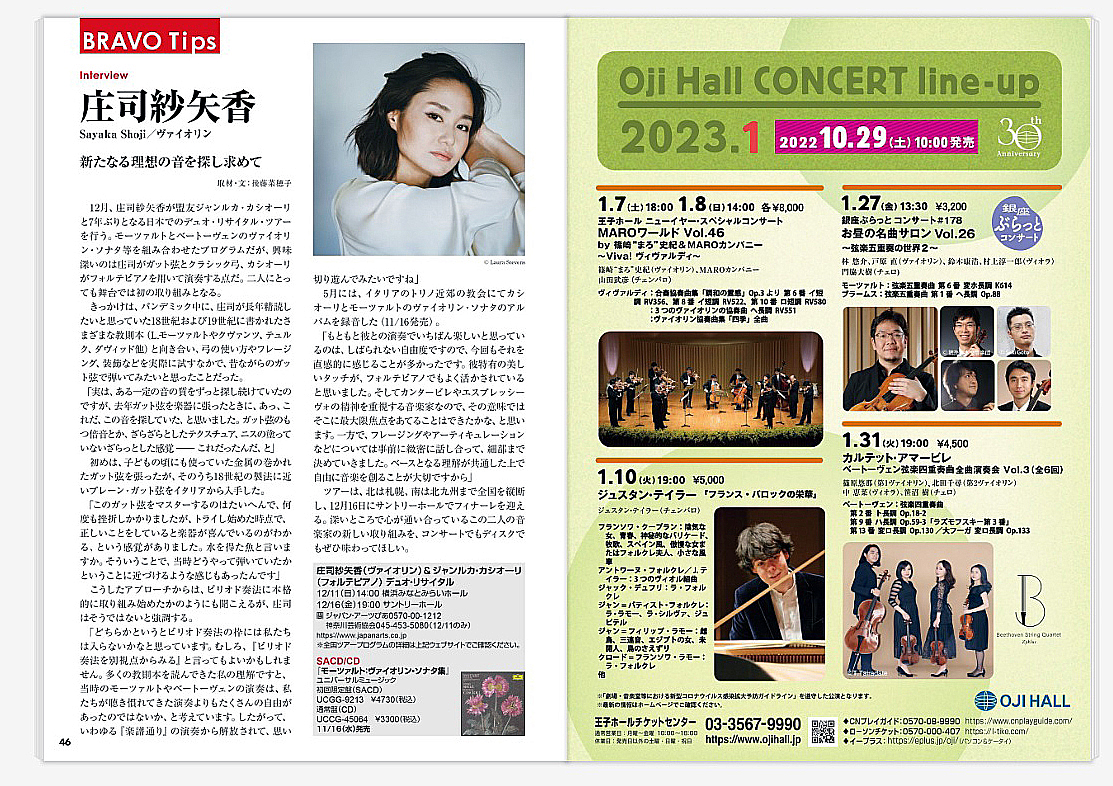 Sayaka Shoji Prokofiev concerto No1 with 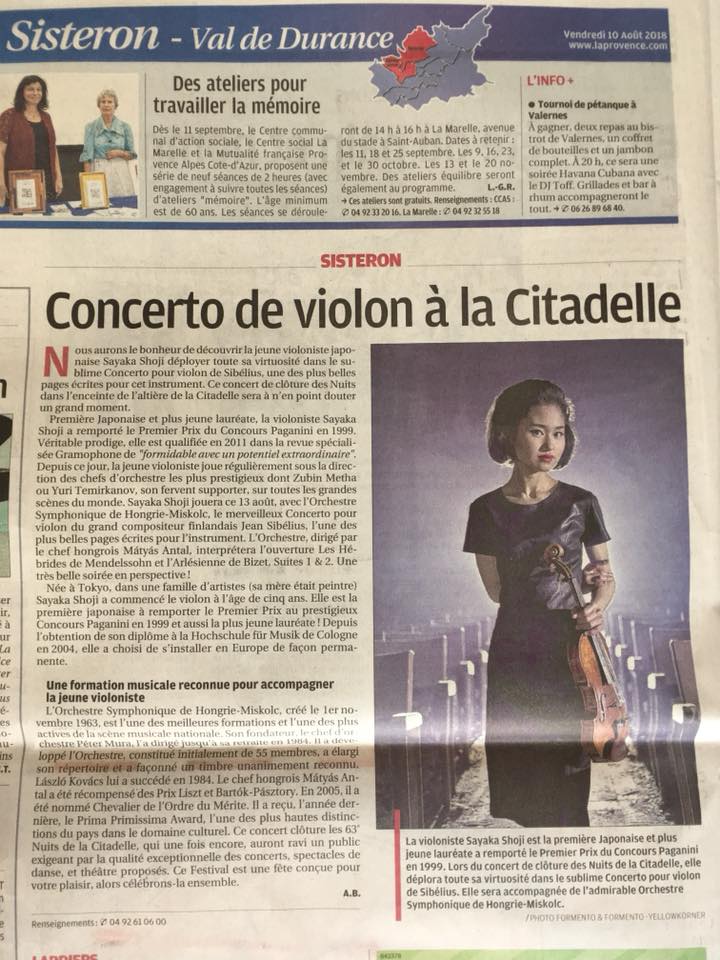 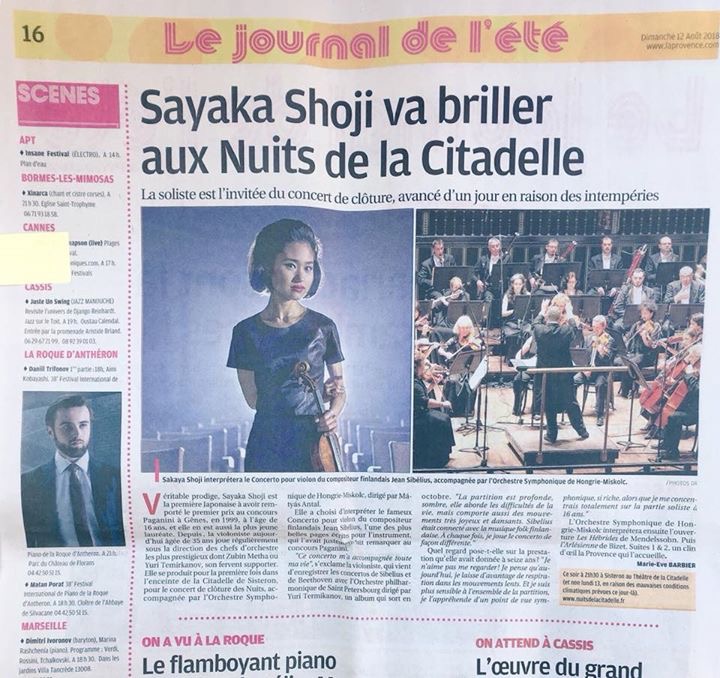 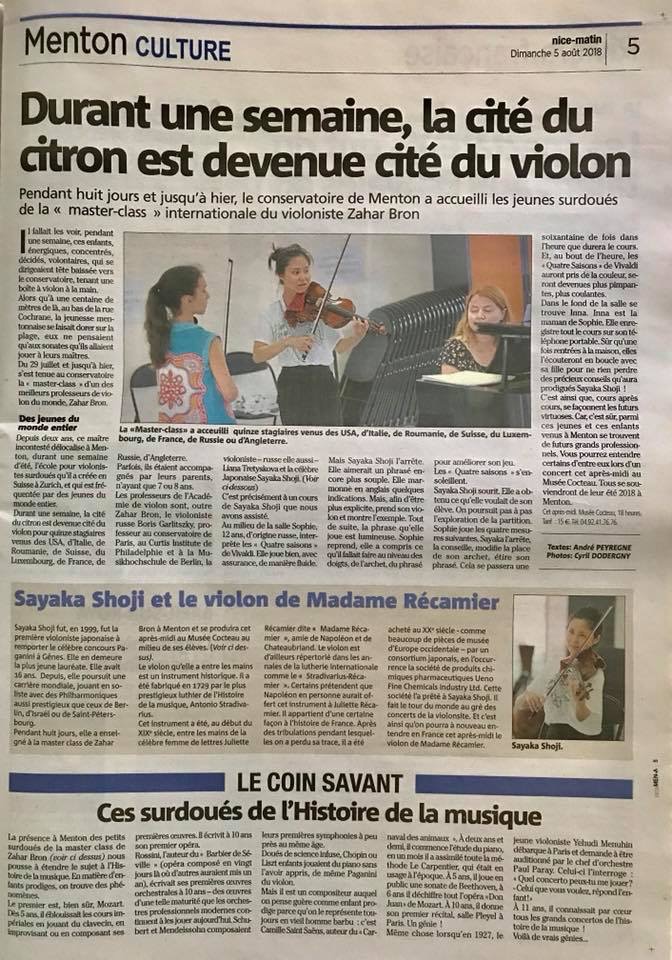