A movie projectionnist, deeply in love with a cashier, dreams of being a detective like Sherlock Holmes. One day at work he falls asleep and the most ludicrous story shapes up where he pictures himself as the most brilliant detective in the world.

Charlie Chaplin is on a boat with other emigrants heading to New York. During the trip, he meets a young woman who is taking care of her sick mother. Chaplin arrives in New York but he has no money and no job. He finds a coin on the ground and decides to go to a restaurant. The young woman from the boat is there and from the devastated look on her face we understand her mother is dead…

Paul Lay regularly performs at the Cinémathèque française de Paris and at various music and image festivals. With these screenings of classic silent movies accompanied by live music, Paul sheds a new light on these masterpieces through improvisations and original compositions, enhancing the posture of the ragtime pianist accompanying silent films with a lyrical dimension, a rich display of contrasts and a poetic vision of screen images. 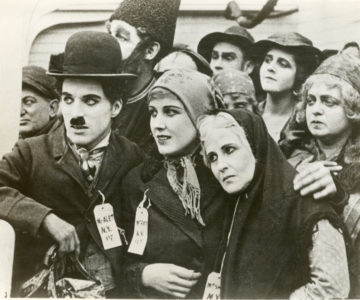