With bell-like melodic lines, Dumont elicits a singing tone from the piano. Emotions are to the fore, without the undue histrionics of many Chopin performances.
(OC) ★★★★ BBC Music Magazine, 2018

During the 2018-19 season, Francois Dumont toured Italy with Les Siècles Orchestra conducted by François-Xavier Roth, performing both the Franck and Ravel concertos. He made his debut at the Paris Philharmonie in February 2019 performing Schumann Piano Concerto with the Orchestre Pasdeloup and Christoph Altstaedt, conducting.  He also toured cities in France with the Orchestre des Pays de Savoie performing Mozart Piano Concerto No. 9 “Jeunehomme.” Other concerts during the season took him to Taiwan, Luxembourg, Ireland, Belgium and Russia.

François Dumont’ discography includes the complete Mozart Sonatas (for Anima Records) and a Chopin album (for Artalinna) both of which received the “Maestro” award from the French magazine Pianiste.  Other solo recordings include a Wagner/Liszt program (Piano Classics) as well as a live double CD that includes all his performances from the Chopin Competition, released by the National Chopin Institute in Warsaw. His recording of the complete piano music of Maurice Ravel (Piano Classics) has received critical acclaim.  Two volumes of keyboard works by J.S. Bach called “Looking for B.A.C.H” on the Artalinna label were released in 2015 and 2017, respectively of which the French critic Jacques Drillon wrote “coherence, dignity, richness of affects. One thinks of Edwin Fisher.”  His recording of Mozart Concerti K. 271 and K.466 with the Orchestre Symphonique de Bretagne have been praised for their “clarity of elocution”, their “ideal sense of equilibrium” and “delightful classicism”.  His collaboration with the Orchestre Symphonique de Bretagne continued with live recordings of Mozart Concerti K.453 and K.488 which he conducted from the keyboard.  His latest album, the complete Chopin Nocturnes, was praised by the BBC Music Magazine for his “singing tone” and the International Piano Magazine considers it “a stunning new version that sets him apart”, while the American magazine Fanfare wrote “There are few recent recordings to compare with this one.”

Leonard Slatkin chose Mr. Dumont as the soloist to record a CD of the two Ravel Piano Concerti with the Orchestre National de Lyon, which will be released on the Naxos label in September 2019.

Chamber music is an important part of Mr. Dumont’s musical life and performances.  He frequently collaborates with musical partners such as Tabea Zimmerman; Augustin Dumay; Henri Demarquette; Xavier Philipps; the Prazak, Sine Nomine, Talich, Zemlinsky, Voce and Debussy Quartets.  He is also a member of the Trio Élégiaque with Virginie Constant and Philippe Aïche, with whom he recorded the complete Beethoven and Schubert Trios.

The 2019-20 season takes him to South America, China, Japan, Poland, Ukraine, Switzerland and Spain, besides recital tours in France.

Critics
Dumont, capace di dominare la materia sonora. Davvero degna di nota la presa del suono. Dinamica precisa, dotata di una sua naturalezza e debita velocità […]
Andrea Bedetti, Music Voce*****  2018
With bell-like melodic lines, Dumont elicits a singing tone from the piano. Emotions are to the fore, without the undue histrionics of many Chopin performances.
(OC) ★★★★ BBC Music Magazine, 2018
[…] the rising French pianist François Dumont with a stunning new version […] a clarity, momentum and coherence that immediately grab the ear. His controlled pianissimos imbue the melodies with tender sweetness.
Michael Johnson, International Piano **** 2018
François Dumont’s first issued recordings included a complete set of Mozart sonatas, certainly an unusual opening set. He has been honored in some of the most prestigious piano competitions. I was amused that he was also awarded the “Prix de la Révélation” from a group of French critics. I am not sure what other revelations he is credited with, but he is a wonderful Chopin player, graceful and coherent, expressive and at the same time rhythmically secure. It’s a matter not of avoiding rubato or other expressive gestures, but of making them fit the whole. I just heard the Nocturne in A♭, op. 32/2, and note the beautifully rounded ending of the work, pause and all. He plays the Nocturne, op. 48/1, with the utmost sobriety: It’s a dark-toned work and Dumont renders its particular drama, with its occasional near explosiveness and tenderness, remarkably. His performance of the posthumous Nocturne in C♯ Minor begins in almost otherworldly fashion: There are few recent recordings to compare with this one. He also plays the more forthright Nocturne in C Minor, also posthumous, equally is clearly and warmly recorded.
Fanfare 2018 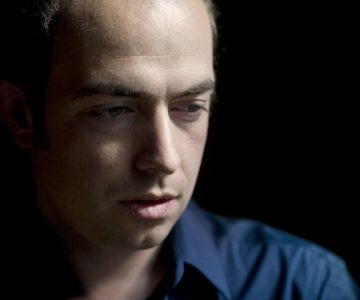 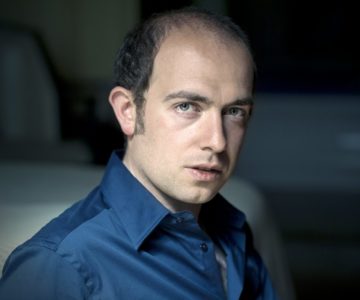 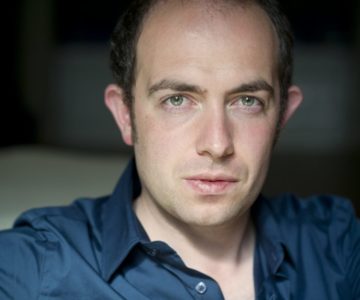 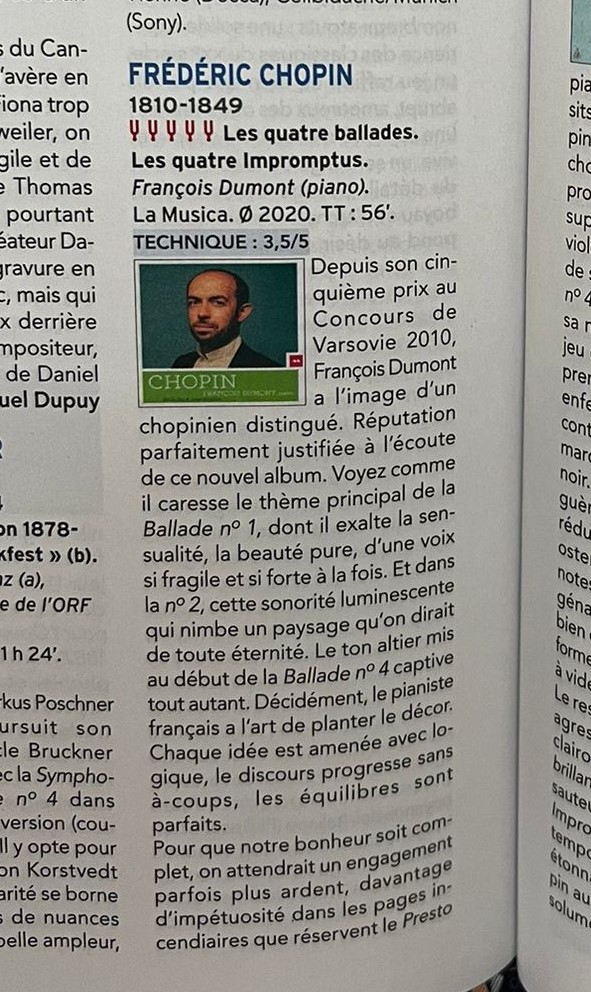 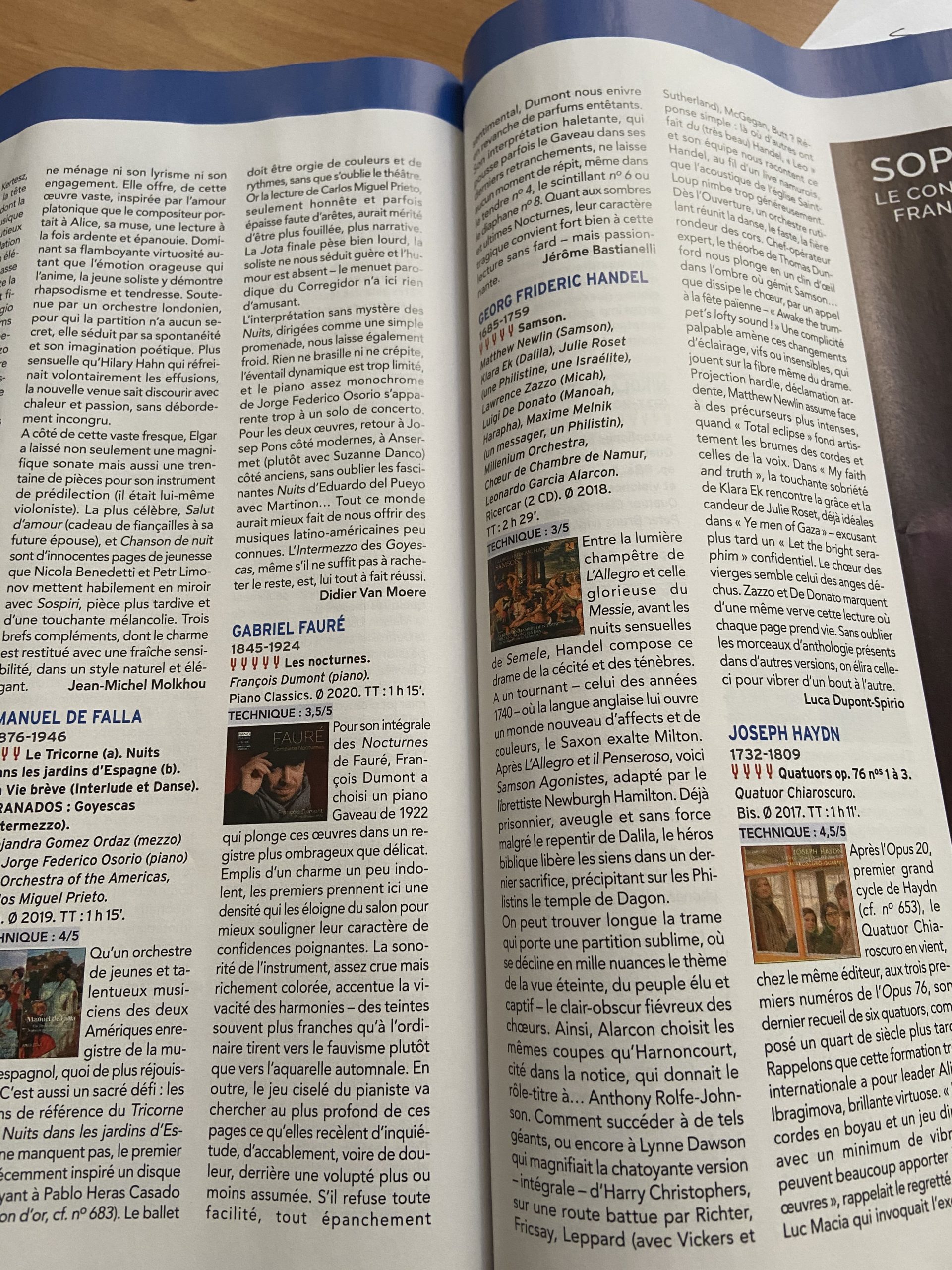